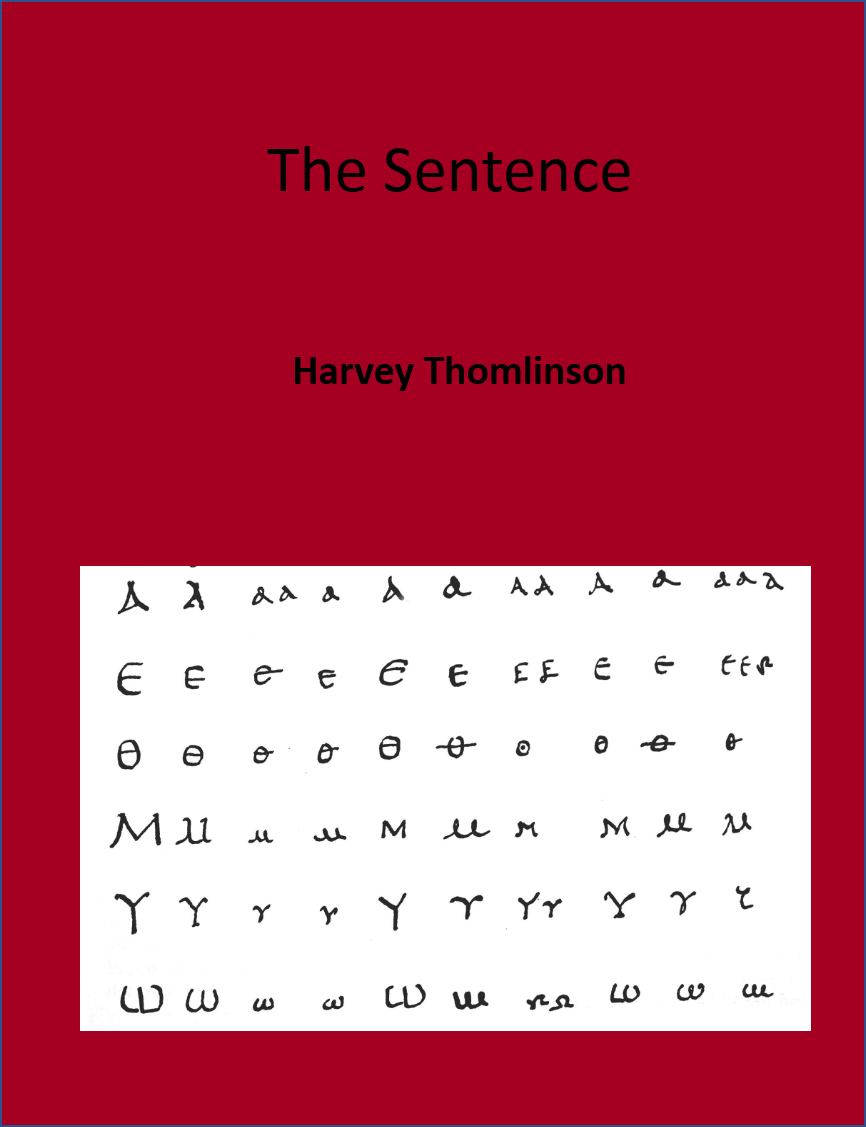 The Sentence is an existential ‘thriller’ which features Klaus, a subject who is trapped in his sentence, haunted by memories of a previous existence before the sentence began.
​
The novel is relentlessly experimental in the Beckettian sense of messing with the implicatures in conventional syntax. Syntactic structures constantly mutate and evolve with the ever-shifting morphology of the unending sentence. But will Klaus escape the clutches of the sentence cops and uncover the mystery of his past crimes before finding a way to redeem himself? 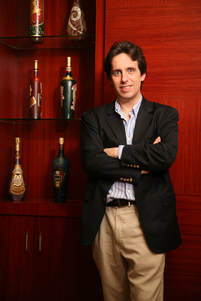 
​​Originally from the UK, Harvey is best known as a Chinese to English Literary translator who has translated the likes of Murong Xuecun and Chen Xiwo. Harvey’s translations have been published in New York Times, The Guardian and by publishers like Allen & Unwin.

His own innovative writing has been published in places like Exclusive Magazine (US) and Tears on the Fence (UK).

Lucid Play has acquired the rights to publish two of Harvey’s novels with The Strike due to be released in January 2018.

Click here to read an interview with Harvey by Tantra Bensko in which he discussed his experimental syntax.

Extract 1. The Syntax of a One Night Stand

On the cusp of the future the sun was lower in the clouds without waiting for the lights Tamasin and Klaus walked coldly from The Full Stop towards the Paragraph. Tamasin stayed a few paces ahead of Klaus plum blossom unfurled time in purple jeans though the tide was out he was aroused by the slender concave of her knee conjunctions. The glass construction was twenty or thirty stories metal balconies layered sandwiches mostly empty as the ship hadn’t docked yet afternoon filled the yard like dead flowers. Outside the gate of the Paragraph stood a two-storey clubhouse with a domed roof he watched her wait for him there the sky unfinished.  Three towers stood within the yard gold and glass constructions seemed like they would be hot in this summer made of cheap materials he foresaw the sky would soon wear off.
The Paragraph gatekeepers still hung around apparently there weren’t many subjects in residence as she passed them a crane swung into action. They seemed to have nothing to do although the crane was unloading a container of words the gate swung open with a push a cloud moved before the sun. He followed her at a steady distance as if reserving his options they stared at the crane with obvious hostility gulls circled on the far side.
They walked across the yard still a broken shard of sun was lobbed into the first construction nearest to the gate luckily there was no one around. The new building lobby appeared recently finished he saw dust scattered like moonlight and uneven grouting in the past she must have summoned the line break.  She’d probably had previous encounters with subjects she met at the Full Stop the break ascended. There was no mirror inside the break moved although it was lightless here she didn’t remove her shades. The two of them alone inside the shimmering grey walls increased the tension as they rose through the Paragraph he realized it was night again behind her lids.
The walls sprang open with a hint of drama she opened her eyes through a corridor window the day slid into the sea. Her clause was the first on the left a flock of drowned gulls coming from the break at this time of day in her yellow purse she felt the key. Klaus sensed she had not lived here long as the key fumbled in the space time lock his stomach churned with a mixture of seaweed and foam.
Her single clause was sparely furnished with one red leather hyphen in the afternoon light threaded a shady balcony in the corner he advanced instinctively a red quotation mark flapped from string. Klaus was drawn outside for a few seconds stormclouds arched the bay intermittently a periscope approached them from sinister angles. She tracked him down confidently in the yard below a gardener collected detritus of words apparently the last storm had caused devastation. A finger string moved him back within her spartan clause the red hyphen was a lone furnishing.  They were a subject group now and she was without any words clutching him so passionately other constructions seemed to fade away.
Do you know me?
He didn’t really know her but active and passive constituents were coupling. She held him tight in ineluctable sequence her lacy front opened to the sea without being asked. Her mahogany skin felt infinitely porous from shore to shining shore he traversed its curves and ridges.
Much of the light in her clause came from a metal chandelier intricately warped and sculpted she pulled him into her.

Extract 2. Escape from The Sentence.

He reached the corner of the clause and there was the sentence in all its prolific glory, in all its full flow. In this bustling scene its predicates proliferated. Clouds blew, streetlamps illuminated. Trees breathed, subjects came went. The clouds in the sky, the streetlamps in the street. The sun in the light years. Clauses joined to each other at corners with barely a conjunction to show where each began or ended.  He realized both the endlessness of his sentence and how far he must go to shake off its surly bonds. He only hope was to find a hole. He still thought that this sentence must be full of them. Wormholes. Blackholes. Mouseholes. Plot holes.
Are we not drawn onward, we few, drawn onward to new era?
Left the sentence went. Right the sentence went.  He knew left. It wound around to the front of the Scriptorium. It rambled discursively in the direction of everywhere he had ever been. He already knew there was no escape in that direction. Not unless his sentence was a palindrome.
He went right. He went into the unknown.  He already knew he wouldn’t easily escape from the sentence. It wouldn’t be so easy to slip the sentence’s leash.
He must be patient. He must be persistent. He would remain undaunted, he would stay undeterred. He would, he would, indeed, in thought, he would.
Klaus had never been this way before. He needed a new map.
He kept thinking the hole in the sentence might be just around the next  Each time the sentence just   Around the  across the  along the above the  beyond the
He kept going.
He would keep going for as long as he needed   as long as
he believed     there would be a hole
Sometime he would sense the gap in the sentence and start running along eagerly only to find    // a caesura.
He would throw himself at the   and allow himself to feel expectant for a moment heart in mouth as he fell through disappointed //  to the other side.